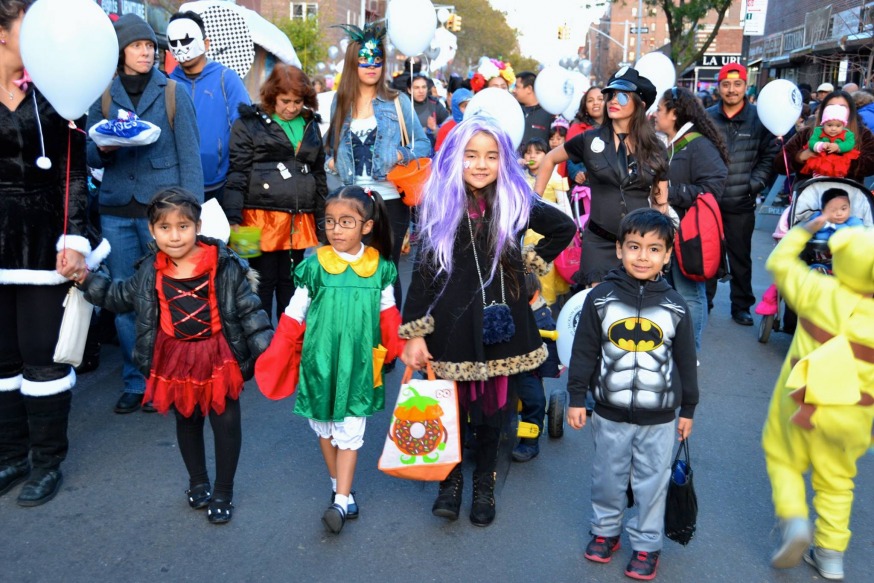 It’s time to dig out your scariest costume.

One of New York City’s biggest Halloween parades is returning to Jackson Heights Sunday for an ever-spirited 30th year.

At the end of the route, more than 3,000 goodie bags stuffed with candy will be handed out to the children participating in the parade – one of the event’s highlights. The parade is organized by the Jackson Heights Beautification Group, a volunteer group that works to improve the local area. The group had to cancel the event last year due to restrictions associated with the pandemic.

Organizers say this year’s parade will be a sign that the city has bounced back. They are expecting thousands of people to attend. The event will see a return of parade favorites like the P.S. 145 band, the I.S. 230 marching band and the Jackson Heights Flying Puppets. Community organizations like local schools, scout troops and Community Board 3 will also take part.

The Grand Marshals of the parade will be Council Member Danny Dromm, Assembly Member Jessica González-Rojas and Frank Taylor who is president of the Ditmars Boulevard Block Association, a local residents group. They will help volunteers hand out the goodie bags on the day of the event.

The JHBG is looking for volunteers to assist them in stuffing the bags on Oct. 30, the day before the parade. Those interested can email the group at [email protected]

All volunteers will be invited to a thank-you party on the night of the parade. My partner and I attended the last 5 years. It’s so much fun weekend happy Halloween 🎃